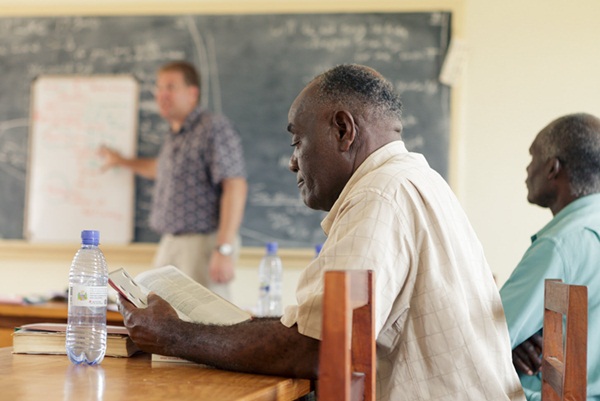 Jesus, the Head of the Church, gave the church the mandate to make disciples of all nations (Matt 28:18-20). A disciple of Christ is one who follows Christ and loves Him and shows his or her love by obedience to His commands. But a big follow-up question is, “How?” How are disciples to be made among all the nations of the world? Of course, disciple-making may take on a variety of forms, but what do the Scriptures have to say about how the Great Commission is to be fulfilled? Paul answers part of this questions in Romans 10.

For the Scripture says, “Everyone who believes in him will not be put to shame.” For there is no distinction between Jew and Greek; for the same Lord is Lord of all, bestowing his riches on all who call on him. For “everyone who calls on the name of the Lord will be saved.” How then will they call on him in whom they have not believed? And how are they to believe in him of whom they have never heard? And how are they to hear without someone preaching? And how are they to preach unless they are sent? As it is written, “How beautiful are the feet of those who preach the good news!” Romans 10:11-15

Sent preachers are the start of a chain reaction that God empowers to save souls. When Paul speaks of a preacher, he has the idea of a herald, an ambassador preaching his Lord’s edicts. Of course Paul has in mind the need for initial cross-cultural missionaries to speak the gospel to those who had never heard it (in fact his whole purpose in writing Romans was as a support letter to get the church of Rome behind him to bring the gospel to Spain [Romans 15:22-24]). Yet, if we left it there, we would have a very poor understanding of disciple-making in the New Testament.

After initial preaching and reception of the gospel, the model that we see in Acts is the establishment of local churches under qualified male leadership.

When they had preached the gospel to that city and had made many disciples, they returned to Lystra and to Iconium and to Antioch, strengthening the souls of the disciples, encouraging them to continue in the faith, and saying that through many tribulations we must enter the kingdom of God. And when they had appointed elders for them in every church, with prayer and fasting they committed them to the Lord in whom they had believed. Acts 14:21-23

After the initial establishment of an outpost of God’s Kingdom through the manifestation of a local church, disciple-making continues in the context of that local church through the preaching of the word of God.

Until I come, devote yourself to the public reading of Scripture, to exhortation, to teaching. Do not neglect the gift you have, which was given you by prophecy when the council of elders laid their hands on you. Practice these things, immerse yourself in them, so that all may see your progress. Keep a close watch on yourself and on the teaching. Persist in this, for by so doing you will save both yourself and your hearers. 1 TImothy 4:13-16

Preachers in the church must be able to handle God’s word well and be able to train up men to teach others also.

and what you have heard from me in the presence of many witnesses entrust to faithful men, who will be able to teach others also. 2 Timothy 2:2

Do your best to present yourself to God as one approved, a worker who has no need to be ashamed, rightly handling the word of truth. 2 Timothy 2:15

It is through such men, morally qualified (see 1 Timothy 3) shepherd-teachers that the local church body is equipped to do the work of ministry, a work that is oriented around seeing the body of Christ grow.

And he gave the apostles, the prophets, the evangelists, the shepherds and teachers, to equip the saints for the work of ministry, for building up the body of Christ. Ephesians 4:11-12

The multiplicative effect of training men who will be able to train others also can hardly be overestimated. Consider that if you are a Christian, you are the fruit of Jesus’ training of a few ordinary men. Consider Paul’s ministry in Ephesus.

But when some became stubborn and continued in unbelief, speaking evil of the Way before the congregation, he withdrew from them and took the disciples with him, reasoning daily in the hall of Tyrannus. This continued for two years, so that all the residents of Asia heard the word of the Lord, both Jews and Greeks. Acts 19:9-10

No doubt, Paul’s ministry in Ephesus that reached Asia Minor produced men like Epaphras, a Colossian, who became preacher and shepherd to tiny Colossae 100 miles from Ephesus. Paul probably never went to Colossae, but his ministry impacted them through Epaphras.

just as you learned [the gospel] from Epaphras our beloved fellow servant. He is a faithful minister of Christ on your behalf and has made known to us your love in the Spirit. Colossians 1:7-8

In the case of my own home church in Spokane, the obedience to the mandate to train men to be elders, missionaries, preachers, and shepherds has literally had ripple effects around the globe. Currently there are seven men from my home church at the Master’s Seminary. Four of these men I grew up with from elementary school or earlier. Three of those who I grew up with are actively pursuing future work in missions. A friend from high school now works with Bible translation efforts in Asia. An elder’s son is now doing missions work in South America. Many whom my church has invested in and sent to seminary now pastor churches in such places as Nevada, Michigan, and Florida. I attribute much of this to the mindset that we all grew up with: current leaders are to train men to have multiplicative impact. I am very blessed to be part of this heritage of training men.

How does this all relate to missions and Malawi? What is the strategy to have long-term impact for the gospel in Malawi and throughout the world? Is there a need for initial cross-cultural missions to proclaim the gospel in foreign countries? Yes! Local churches in Country A must send preachers to Country B. However, the baton of leadership in the local church must be given to qualified men in Country B for generational gospel impact.

This is The Master’s Academy International’s (TMAI) missions model. It’s model is to vigorously train national pastors for long-term multiplicative impact in not only the school’s country but surrounding countries. The TMAI in Malawi (called the Central African Preaching Academy) follows this same philosophy. Lord-willing, I will be helping current Master’s of Divinity students at this school (many of whom are current pastors) learn how to accurately handle God’s word in the Old Testament by using the original Hebrew language. What excites me about this opportunity is the chance to continue the multiplicative ministry of training men for ministry. With God’s empowerment and blessing such a work will have ripple effects geographically and generationally.

To help us know how many are willing to support us to go to Malawi while we are still waiting for official authorization from Grace Community Church for this trip (we should hear back later this week!), please fill out this form.

Thank you for reading and sharing our excitement as we prepare to go! God bless! 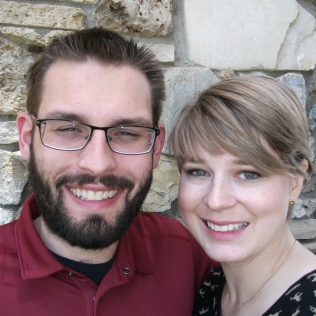 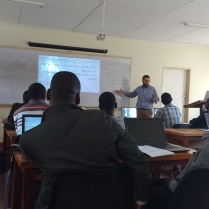 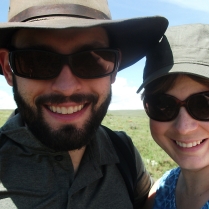 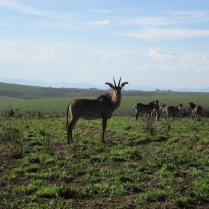